John Sekulich learned at an early age what it meant and felt like to be responsible for others.

The only son of a Penrose farming family of eight daughters, he grew up rapidly – but happily, without “complaining” – in the years following the First World War.

As a senior in high school, he remembers riding his bike to an empty campus before the sun rose to catch the bus, then riding through the rural community to pick up his classmates. When class was over and everyone was dropped off, he parked the bus at school and cycled several miles home. In the winter, the trip that brought him $1 a day was so brutal it made his ears freeze.

“Oh man, talk bad. I had cauliflower ears for quite a while,” he said.

Sekulich, who will turn 106 on November 17, would suffer much more in the service of others in just a few years, as wars in Europe and Asia escalated and – on December 7, 1941 – reached American shores.

However, America had not yet entered the war when Sekulich was drafted into the army as part of the country’s first peacetime conscription. He left for basic training, but a crisis at home soon called him back. His father was sick and needed on the farm. This is where he was, considering whether or not to accept the offer of permanent leave from the military, when Japanese forces bombed Pearl Harbor.

Sekulich turned to his father for advice on what to do next.

“My dad said, ‘I served in the army there in Austria and you can go and serve your country too,'” Sekulich said.

On the discharge papers, where he was supposed to write down his reason for leaving the service, he instead wrote, “Where do I report to?” »

“Because he was the only boy, the War Department offered him a discharge to go home and help tend the family farm,” said Utterback, who befriended Sekulich. , who now lives in Lakewood, after attending her 100th birthday party. in 2016.

The son of a family neighboring Penrose had the same opportunity for release early in the war and took it, Utterback told Sekulich.

“John’s patriotism and integrity were evident. He always took care of his men,” Utterback said. “When you do the right thing when no one is watching, that’s called integrity.”

After training at Fort Crowder, Mo., Tech Sgt. Sekulich went to war overseas with the 114th Signal Radio Intelligence Company, leading a team whose official mission was to run – and repair – cables so that American commanders could communicate with each other on the battlefield.

At the time, the classified mission was a secret even to those tasked with carrying it out, Utterback said.

“It was a unit that, unbeknownst to the troops at the time, was spying on German communications,” Utterback said.

Project Ultra – so named because of its super secret classification – aims to intercept and decode communications sent by the Nazis.

“John was literally part of a very important top secret program that allowed us to intercept German radio communications, where if a wire broke they would have to go to the enemy and fix it or put a new wire on,” said Utterback. “But for John, they just put poles in the ground, they climbed trees and stretched wire.”

Not that this job was ever easy.

The men of the 114th were self-taught climbers.

“We wore climbing spikes, with a spike inside, and you had to be careful,” said Sekulich, who recalls once seeing a man from another company fall off a pole he had climbed to operate a line of communication. “They always told us if you fell, push yourself away from the post, and that’s hard to do. He was pulling shards out of his chest with a pair of pliers.

On average, 10 miles of cable, stretched between the poles, connected American generals during the war. An explosion caused by a concussion could destroy a day’s work and take days longer to repair, often costing a night’s sleep.

“They would come out at night and cut our cables,” Sekulich said. “The switchboard operator said, ‘Serge, I can’t reach so-and-so.’ So I knew the cable was cut. So I had to go with the crew and we would trace it until we found it, and sew it up again.”

Sekulich and his unit spent countless nights sleeping homeless in sub-freezing temperatures, in bushes, woods or “anywhere we could find a place to lay down” as they pursued their mission. to maintain communications.

Requisitioning new cables or poles through the military to replace destroyed infrastructure could take weeks, an unacceptable and deadly delay.

“Our captain once told us, you can beg, borrow or steal whatever you need,” Sekulich said. So they did.

Sekulich arrived in Normandy after the costly but crucial operation of June 6, 1944, which would help turn the tide of the war in favor of the Allies.

“There were still a lot of bodies in the water,” Sekulich said. “I saw bodies piled up like a pile of logs.”

He and the men of his unit narrowly escaped the massacre at Malmedy on December 17, 1944, when Waffen SS soldiers shot more than 80 POWs in a farmer’s field in Belgium during the Battle of the Ardennes.

“The Germans were saying, ‘Anybody hurt, raise your hand?’ And if someone did, the Germans would go and shoot him in the head,” Sekulich said.

Two American POWs who played dead during the massacre managed to escape and warn the incoming troops.

“These two guys came running – one guy’s neck was bleeding. He said to the jeep full of John’s people, don’t go down there, they killed everyone,” said Charlotte Sekulich, the John’s wife and proud partner in chronicling and remembering his story “They saved John’s life and the lives of many other Americans that day.”

Heroism and sacrifice are not relative, however.

Sekulich’s friends and loved ones sometimes have to remind him that there’s a reason his generation is known as “The Greatest.”

“He’s so humble about (his service in World War II) and makes it all so unglamorous,” Utterback said. “But I said to him, ‘John, you were hanging cables that helped the Americans listen to the Germans. Communication is what drives coordination in a war.

Had Sekulich and his men not driven towards enemy lines to find and repair broken lines of communication, putting themselves in danger of “death or capture,” such coordination would have been impossible, Utterback said.

Sekulich ultimately sacrificed his hearing in service to his country, after months spent in a military vehicle with a machine gun pounding inches from his head.

Utterback helped him with the paperwork, and Sekulich finally started receiving VA benefits a few years after he turned 100. He is considered 100% disabled by the VA.

“That’s how we became and stayed connected,” said Utterback, who is now working with the family to receive Sekulich’s French Legion of Honor award, given to Americans who fought in France during the Second World War. World War.

Utterback says they are still awaiting a response from the California consulate, which handles such requests.

Meanwhile, the greatest generation continues to slip away, and with their demise goes a historical wealth that cannot be salvaged. The VA estimated that America was losing 234 World War II veterans every day by the end of 2021.

“Our World War II veterans are moving fast, and unless you take the time to visit and talk to them, so much is going to be lost,” Utterback said.

He encourages everyone — on Veterans Day and every day — to go beyond gratitude.

“If they’re wearing a baseball cap that says WWII veteran, ask them about it. Go the extra mile, if you have the ability,” he said.

So not just “thank you for your service”, but “tell me more”.

“Ask if they drink coffee. Say, ‘I’ll pick you up and we can meet over coffee,’ Utterback said. “Take the time to get to know them better. if everyone did that?

Previous Letter: Terror Trail a frightening success | Letters to the Editor
Next Frisco and Copper Mountain Resort are the subject of a new coming-of-age and adventure book, “Ski Bum” 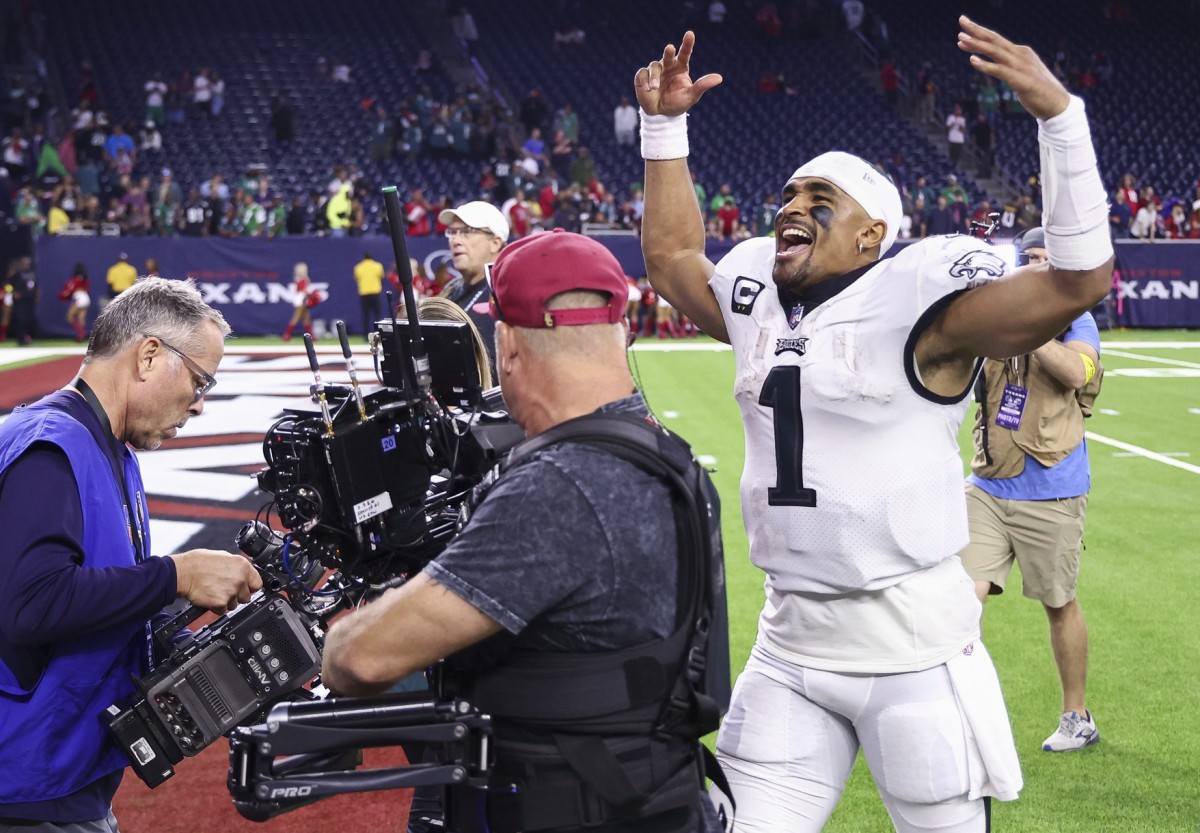 The Eagles make history by running an 8-0 record