Meet the seven locals participating in the Leadville Trail 100 Run 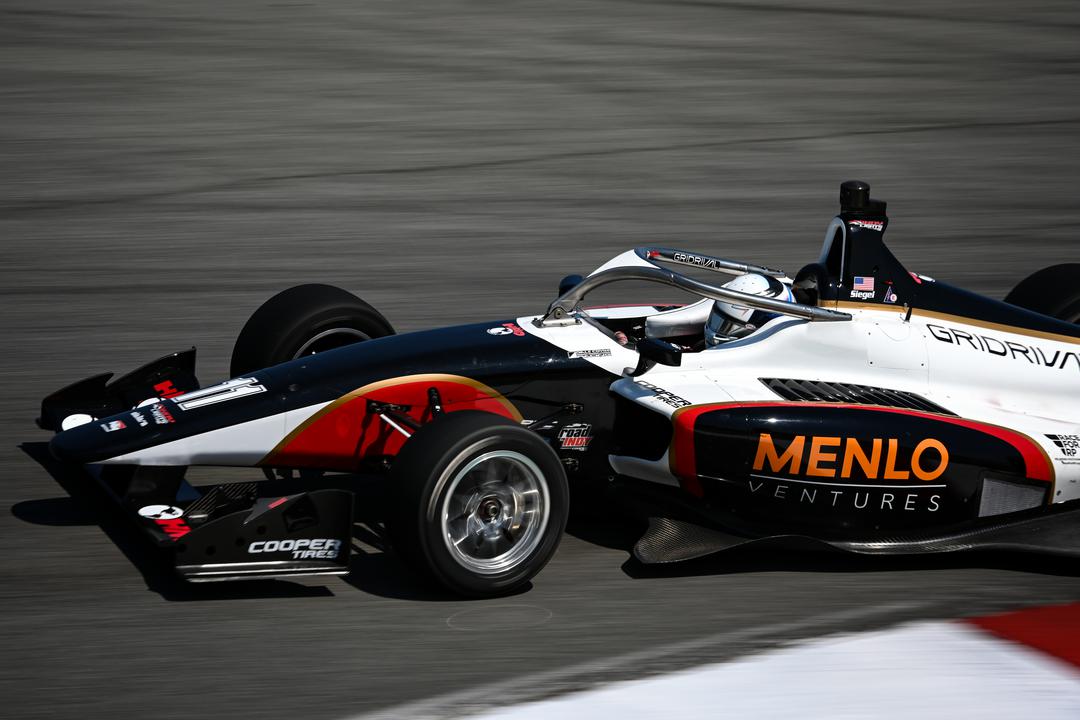 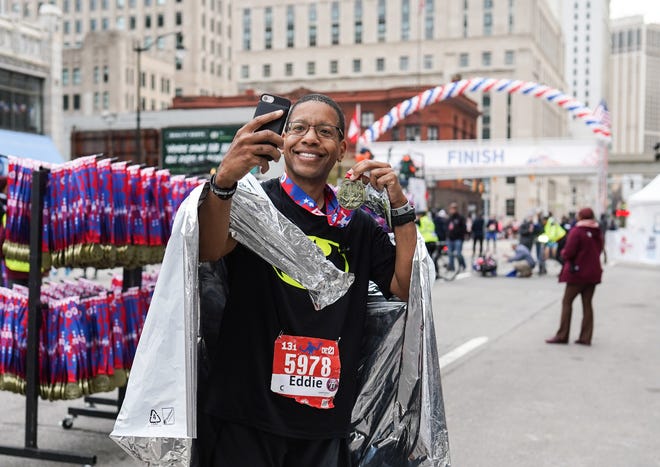 After a close race in 2019, Jessica Gutiérrez is running again for the 30th Ward alderman seat

When the starting gun for the Leadville Trail 100 (LT100) race goes off at 4 a.m. Saturday, seven local runners will begin their journey to the top of Hope Pass and back. If running 100 miles with 15,734 feet of ascent sounds out of the ordinary, perhaps knowing that these remarkable individuals are like the rest of us – neighbors, teachers, moms, engineers, coaches and staff at reception – can serve to inspire everyone to embark on our own adventurous challenges.

Connecticut engineer Ryan Simmons moved to the Valley nine years ago after attending an “exciting fall wedding” held in Vail. Today, he is a consultant for a local renewable energy company and works as a Vail ski patroller. He met his wife in Vail and the two live in Edwards with their border collie.

“I found running filled a void in my life which allowed me to relax, focus and see the world as much as possible,” he said.

5K here and there turned into a sub 3 hour marathon, a Boston marathon and many 50 mile Leadville and Silver Rush marathons. Simmons also ventured to Utah for ultra races.

“(It) allowed me to meet a lot of interesting people and see a lot of the world that I might not have otherwise,” he said.

Despite a “debilitating hip injury” last September, Simmons completed the 100-mile Run Rabbit Run in less than 30 hours despite nearly dropping out after just three miles.

“I can’t describe the emotion I felt crossing that finish line,” he said.

After witnessing the Twin Lakes aid station in the middle of an LT100 on a bike ride, Simmons saw the faces of the riders – some smiling and some grimacing – and “wondered which one I would be. “.

“I was hooked and since then I have dedicated my racing soul to qualifying for this race,” he said.

“I feel in the best ultra shape I’ve ever been in, so I think it’s possible barring any surprises,” he said. His second level goal is to go under his personal best of 100 miles (27 hours, 27 minutes).

“I’ve really learned a lot over the years about myself and how best to prepare and I think this year will be a great culmination of that accumulated experience,” he concluded.

“Absolutely looking forward to standing on top of Hope Pass on the return trip to see the distant twinkling lights of Leadville calling me a little further.”

Eric Pepper, head coach of the Ski and Snowboard Club Vail Nordic program, has been trying to get into the LT100 for several years and was finally accepted this year.

“This is new territory for me,” he admitted.

One of the benefits of his work is the ability to supplement ski-specific training with high volumes of mountain running in the summer.

“My training was hampered in the spring and early summer by injuries, but I’m feeling pretty good right now,” he said of his fitness.

“Over the years a number of my friends and other ski coaches have taken this on and I’ve helped and paced most of the course so I’ve always wanted to do this since I took it on. experimented for the first time,” he explained.

Pepper isn’t focused on time on this go-around; he approaches the event “more like a race than a race”.

“Maybe one day, with a little more practice, I’ll consider a more competitive approach,” he said.

Pepper can’t wait to be at the Twin Lakes Rest Area.

“I’ve really enjoyed my time there for the past few years as a spectator – it’s such a scene and I know when I first cross I’ll be 40 miles clearer and when I come back I’ll will have Hope Pass behind me,” he said.

While Simmons and Pepper could be Leadville rookies, Eric Pence will be aiming for his 27th finish in 31 LT100 finishes.

A resident of Eagle for 27 years, Pence started running in college and gradually increased his distance after college.

He looks forward to the view from the top of Hope Pass – although he ironically acknowledged that the climb is also the hardest part of the event. This is part and parcel of his motivation to enroll again.

“Running 100 miles scares you and excites you at the same time,” he said of the challenge, which he hopes to complete within 30 hours.

One of his most memorable racing experiences was the Susitna 100, an ultra-endurance event in Alaska where riders pull a sled with survival gear across frozen tundra under dark, gloomy February skies. One of the highlights of Leadville he remembers was when he ran alongside some runners from Tarahumara, the subject of Christopher McDougall’s best-selling “Born to Run.”during the race.

“Known for their long-distance running, they ran effortlessly in sandals and made it look so easy,” Pence recalled.

McDougall’s book was an inspiration to another local with LT100 aspirations. Adam Bybliw, who has top-20 finishes in his three LT100 races, including an eighth-place finish in 2017, started racing for the Alexandria High School cross-country team — your editor’s main prep rival athletic – but gave up the sport until he picked up “Born to Run”. McDougall’s book.

“(I) started running the Vail Rec town series and eventually evolved into the ultras,” said the Eagle Bahn gondola mechanic who moved to Vail “for a winter season” to stay in the bottom 21. Unfortunately, for the second year in a row, Bybliw is postponing his entry to next year due to injury. He still plans to cheer on his friends in competition.

“The atmosphere around Leadville is electric,” he said.

“The people who volunteer for this event and the crews are everything. They make it special for sure.

Martin Almazan’s racing story is uniquely intense. Although he’s currently a front desk supervisor at the Four Seasons Resort and Residence Vail — in addition to working as a barista at the Gorsuch Ski Cafe and an on-call banquet server — Almazan has 15 years of experience as an Army reservist. . He moved to Vail right out of college four years ago and got into racing after his third deployment with the US Army “as a form of stress relief.”

“And now I run to stay sane during the busy seasons here,” he said.

A veteran of numerous ultras ranging from marathon and 50 mile distance all the way up to 100 mile (this will be his first LT100), he considers his greatest running achievement to be completing the shadow marathon of Warsaw in Afghanistan with Polish soldiers in an active war zone. in 2013.

This year he placed third in the Smith Mountain Ultra (40 miles), fourth in the Collegiate Peaks Trail Run (50 miles), and 47th and 32nd in the Silver Rush 50 in Leadville and the Never Summer 100k, respectively. His heavy load isn’t over when he strolls down Harrison Avenue, either.

“My goal is to finish the race in less than 24 hours – injury free – as I’m leaving after the race to support my roommate at the Ultra-Trail du Mont-Blanc in Chamonix (France) next weekend,” said he declared. He will help Pat Zdunek, who is a waiter at the Sonnenalp hotel.

His favorite thing about trail running is reconnecting with friends.

“Ultra-Running is a small, niche community and I continue to meet and catch up with old running buddies at these events, especially at iconic races like Leadville 100,” he said.

Boese finished fourth in the 2019 Elephant Mountain 50k and 16th in the Crested Butte Ultra later that year. He also competed in local Vail trail races, winning the 5K at the 2017 La Sportiva 5K and 10K at 10,000 feet.

Denise Kipp, 48, of Eagle, is the only female competitor coming out of the Vail Valley. She moved here in 1998 after “falling in love with singletrack”, trails she was lucky enough to explore during the long summer days as a teacher on break. Her running career began in 4th grade, when she and her dad entered the 10k.

“We continued to challenge ourselves with longer distances over the years; yet I left it on the marathon distance a few years ago,” she said.

“He is now 80 years old and still running. I hope to do the same at his age!

Besides her racing background, Kipp considers her greatest sporting achievement to be carrying healthy twins (now 12) to term while working full-time and parenting a 2-year-old. . It will pay off for the supermom in an extra way on Saturday.

“They’re my running team and my best cheerleaders,” she said.

Along with spotting her family and running team — she gave a special shout out to Vicki Kenney — at Twin Lakes, Kipp is also looking forward to seeing the two dozen llamas atop Hope Pass soon after. The animals carry hundreds of gallons of water, ramen, mashed potatoes, cookies, crackers and fruit to the aid station at the top of the five-mile, 2,500-mile rugged stretch of trail vertical legs.

“I hope (ha!) they make this climb a little more enjoyable for all of us!” she wrote in an email.

As someone always looking for tough mental and physical challenges, the pandemic has only “strengthened” Kipp’s decision to keep exploring Colorado’s trails.

“As the world learned to cope with a pandemic, I kept pushing myself, escaping into nature, a place where I would feel at home and at peace,” she said.

Countless mountain hikes this spring and summer have prepared her for what she considers one of the toughest trail races in the country.

“This one will be a real festival of suffering,” she said.

Pain is something Kipp is happy to face head-on.

“In all honesty, taking on these types of challenges makes you mentally stronger, more resilient, and more prepared to take on other challenges in life,” she said.

“Fear has often taken hold of me during these months of training. I learn better about the importance of a positive inner dialogue and how to approach fear with new determination and a new perspective.

kenyan Eliud Kipchoge broke his own world record by winning the Berlin Marathon, with a …